Everywhere, except the area surrounding the eyes such as eyelashes and eyelids.

Laser hair removal is a non-surgical, cosmetic, permanent hair reduction treatment that is rapidly growing in popularity. As the name suggests, the treatment involves using a laser to remove hair from any part of the body – with the exception of the areas around the eyes, such as the eyelashes, eyebrows and the eyelids. This is because the skin in these areas is thin and the laser may damage a  patient’s eye by burning the retina. As such, the patient wears safety goggles throughout the procedure, regardless of what area is being treated. The most commonly treated areas for men are the face, back, neck, chest, buttocks, and genitals. The most commonly treated areas for women are the bikini line, face, underarms, stomach, and legs.

Laser hair removal treatments target the dark melanin pigment found in the hair follicle, which absorbs light energy and converts it into heat energy. The heat destroys the hair and inhibits its regrowth. It is important to note that the number of laser hair removal sessions is determined by an individual’s characteristics (hair color, skin tone, etc.), as well as the areas being treated. Hair growth is not uniform across the body or within specific areas and hair is not actively growing all the time. Hair growth is a cyclic process moving between three phases: the anagen (growing/active) phase; the catagen (intermediate) phase; and the telogen (resting/shedding) phase. Hair removal lasers target hairs in the first phase of the growth cycle – the growing or anagen phase – as this is the only phase where melanin is produced.

As such, treating facial and neck hair will require more frequent sessions than treatments to other parts of the body, as the length of the hair growth cycles is much shorter than that of other areas. In addition, facial hair is usually both lighter and finer than other body hair, making it harder to treat. Typically, facial and neck treatments are spaced about 5 weeks apart. Laser facial hair removal is generally considered to be more effective for maintenance and grooming purposes than for complete hair removal, requiring regular treatment.

Laser hair removal is most effective when treating leg hair. This is because leg hair tends to be thicker and darker than the hair on other parts of the body, making them more effective in absorbing heat. The heat from the laser damages the hair follicle and produces inflammation. This inflammation sends a signal to the hair follicle, causing it to go into its resting phase (Known as the Telogen phase) and hindering its ability to grow. Treatment usually requires 3 – 6 sessions, spaced 8 -10 weeks apart.

Laser hair removal is very effective when targeting the bikini area, underarms, genitals, and buttocks, since, as with leg hair, the hairs in these areas are usually coarse and dark. Treatments commonly require 5 – 8 sessions and tend to be spaced about 6 – 8 weeks apart 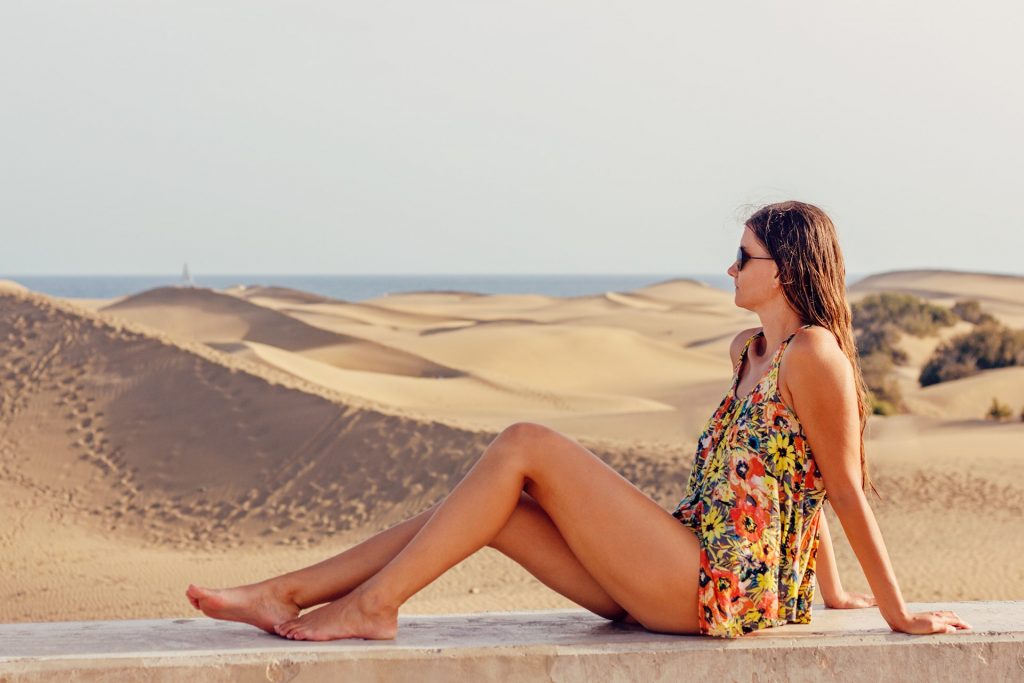 The effectiveness of chest, back and stomach treatments is largely determined by the density, coarseness, and color of the hairs found there. Typically, treatment lasts for 6 – 8 sessions, which are spaced 8 – 10 weeks apart.

While laser hair removal is a largely painless experience (especially when compared to waxing and electrolysis), it can cause discomfort. The discomfort associated with laser hair removal varies and is described as a “snapping sensation” – similar to the feeling of an elastic band snapping against the skin – coupled with the heat generated by the laser. The level of discomfort experienced is dependent on the individual’s skin type, the laser is used, the area of the body being treated, hair density, hair thickness, as well as the level of their pain threshold. The most discomfort is usually experienced is during the first session, as this is when the hair density is at its peak. Additionally, certain areas of the body are more sensitive than others, and it is recommended that individuals with sensitive skin, or who have a low pain threshold, to apply a topical anesthetic is prior to treatment. This will reduce any sensations of pain or discomfort. The most sensitive areas that undergo laser hair removal include the upper lip, underarms, genitals, and bikini line